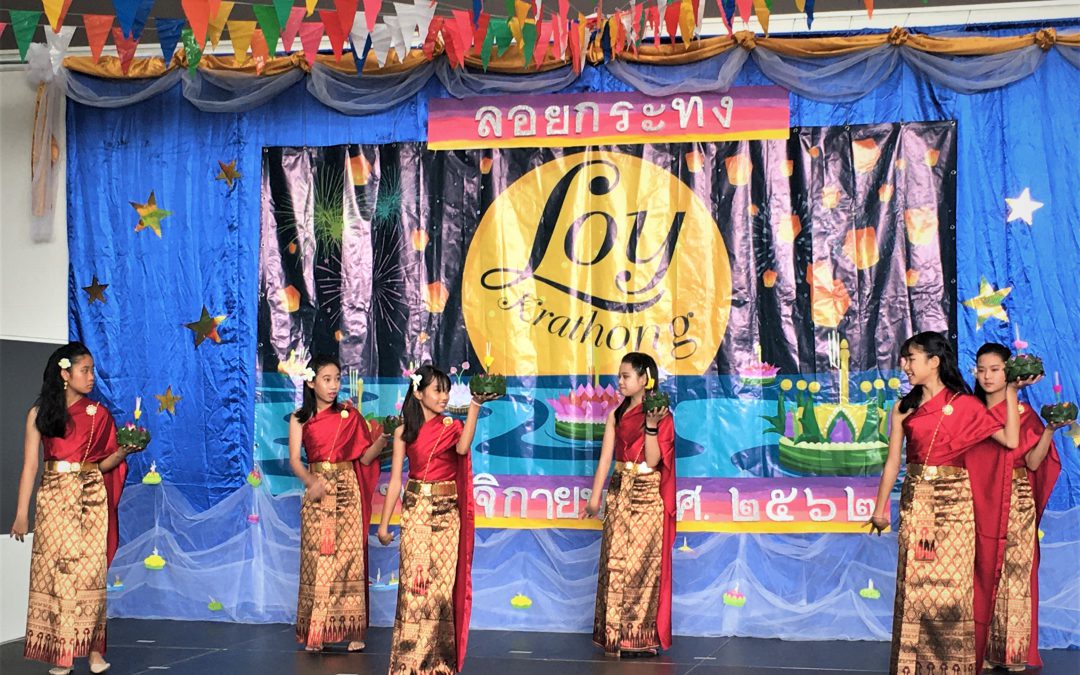 Dr. Hamilton started off the festival in the morning with a speech to students and parents.

After his opening speech, he floated the ceremonial first Krathong of the day.

Next up the masters of ceremonies gave a dramatic reading of the the history of Loy Krathong. After the reading we had several dance performances by the different age groups.

First up was the lower primary grades dancing a traditional Thai folk dance.

Then the upper primary grades performed a Loy Krathong dance.

After the dancing, we had the Raffles school band perform two songs. The first song was Lao Long-Naan and the second song was Loy Kra-Thong

Throughout the day, the students participated in the making of their own krathong. All the materials used in the creation of the krathongs were natural

At the end of the day, the best dressed students were awarded certificates